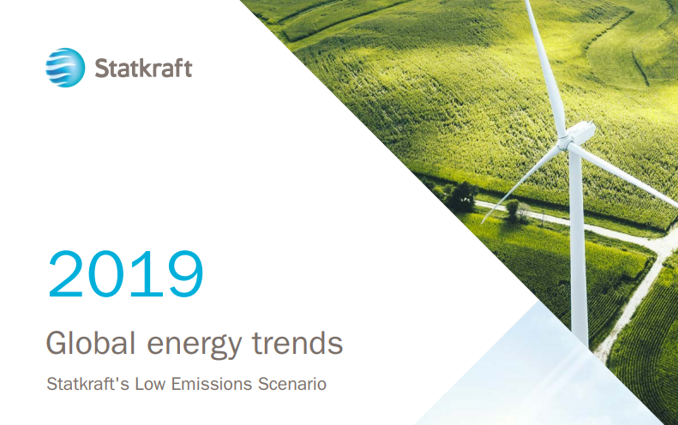 Renewable energy, such as solar PV and wind power, will be significantly cheaper. In Statkraft's Low Emissions Scenario 2019, the cost of renewable technologies will fall sharply over the next few decades. The cost of switching to a low carbon economy is thus far lower than the costs the world must bear if global warming is not limited.

While the global energy-related emissions will be in line with a 2-degree pathway, this year's report also analyses what is required for Europe to follow a 1.5-degree path, which is much more ambitious.

A surprising finding in the report is the relatively small cost difference when steering towards 1.5 degree instead of a 2 degrees pathway. If we aim for 1.5 degrees, the energy system costs will be well below 1 percent of European GDP in 2050. Globally, several experts have estimated the cost of a 2 to 3 degrees warming by 2100 to be between 5 and 10 percent of global GDP.

The biggest change in this year's report is that we once again adjust the solar PV cost estimates downwards. In the Low Emissions Scenario, global solar power capacity increases by 30 times to 2050, and the power sector will become 80 per cent renewable during the same period. At the same time, this means that natural gas becomes the largest source of greenhouse gas emissions.

A renewable power sector makes electricity increasingly attractive as a source of energy in transport, buildings and industry. This results in energy-related greenhouse gas emissions falling by 44% to 2050, which is in line with a 2-degree pathway. The analyses show that electric and hydrogen trucks will be competitive with diesel as early as 2025, and almost all new passenger cars and more than half of new trucks run on electricity or hydrogen in 2050.

"If the energy markets are to succeed within 1.5 degrees, this requires much swifter action, and measures must be implemented earlier than planned. Our analysis shows that a 1.5-degree pathway is achievable, but it is urgent, and it will require considerable efforts from politicians and businesses,” says Henrik Nissen Sætness, Head of Strategy and Analysis at Statkraft.